5 Things We Can All Learn From the Eagles and Patriots

5 Things We Can All Learn From the Eagles and Patriots 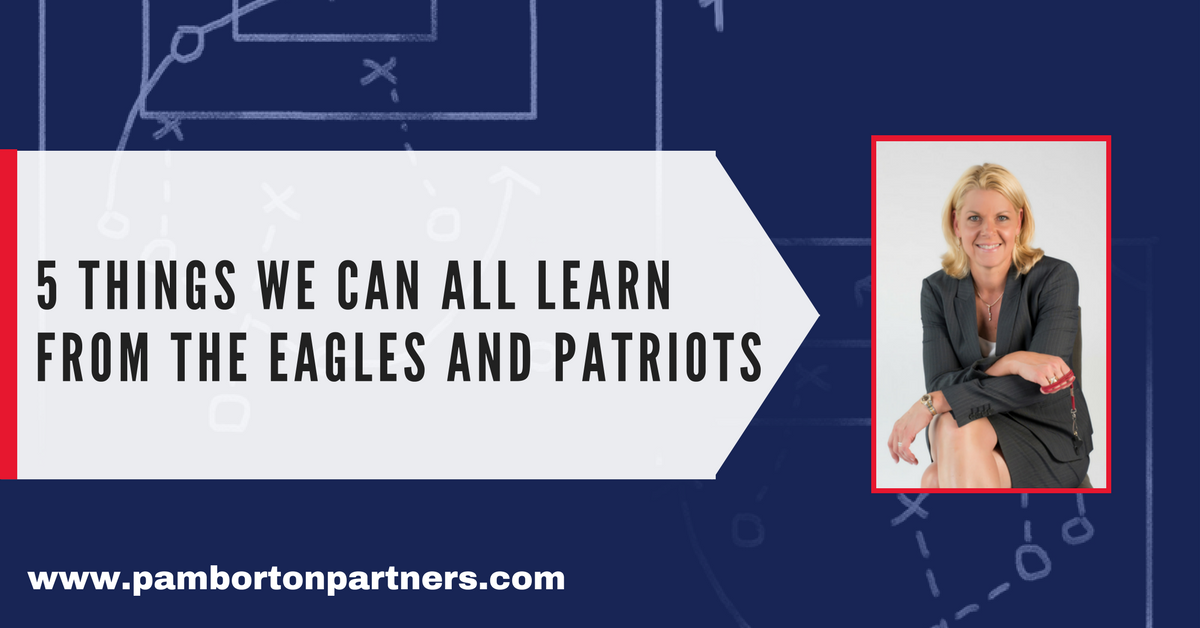 With the Super Bowl taking up most of our time these past few weeks, it reminds us that even if you are not an athlete and you’ve never played sports, everyone is still drawn to this MINDSET. Sports are the window and the example of what goes on in our culture, it’s entertainment and everyone wants to be part of it.

From the sports world to the business world, here are five things that we all can learn from the Eagles and the New England Patriots:

In order to sustain greatness, the most important thing a chief executive must do is develop a genuine partnership of equals with their most important front line manager/leader.